Allegations of the real estate market being used for money laundering (ML) and tax evasion have made headlines in the German media. This has resulted in heated political debates across the political spectrum, particularly, debates on the role of intermediaries. Notaries have been accused by various political parties of neglecting their responsibility in the fight…

END_OF_DOCUMENT_TOKEN_TO_BE_REPLACED

Jennifer Hanley-Giersch – Managing Partner Berlin Risk Advisors GmbH, Berlin – published her new article on ACAMS Today (EU) on 24 August 2020. The rise of bitcoin and other virtual currencies poses new challenges in the fight against money laundering and terrorist financing (ML/TF). With virtual currencies, users can make global payments that are beyond the…

END_OF_DOCUMENT_TOKEN_TO_BE_REPLACED

On 17 June 2020, Dr. Daniel Eisermann, Senior Partner of Berlin Risk, explained in an audio interview with Compliance Channel E&CW UG (haftungsbeschränkt) what the Wire Transfer Rule is about and how the risk of money laundering and terrorist financing through crypto-currencies should be assessed. Dr. Daniel Eisermann referred his current study “Kryptowährungen als Risiko…

END_OF_DOCUMENT_TOKEN_TO_BE_REPLACED

The rise of Bitcoin and other cryptocurrencies poses new challenges for the fight against money laundering and terrorist financing (AML/CFT). Cryptocurrencies provide their users with the opportunity to make global payments that are beyond the control of financial regulators and security authorities. In addition, there is a growing risk that terrorist financiers may evade state surveillance and tap into new sources of funding.

Recent evidence demonstrates that terrorist groups and their supporters have become increasingly familiar with the new technology. Terrorists use it to launder money or try to find new sources of finance, as a number of recent examples of fundraising by terrorist groups illustrate. We are still at an early stage of the development of this new threat, but the technical capabilities and capacities of terrorist groups close to ISIS or Hamas, for example, are progressing rapidly. For example, there have been several reported cases of terrorist groups using automatic address-generating software for cryptocurrency wallets to call for donations. None of these new addresses, which have not yet received payments, can be found on the blockchain.

END_OF_DOCUMENT_TOKEN_TO_BE_REPLACED 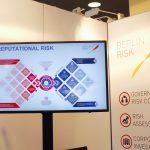 Berlin Risk joined ACAMS 15th Annual Anti-Financial Crime Conference as an exhibitor, sponsor and speaker at the Berlin conference in June 2019. Berlin Risk’s Managing Director, Jennifer Hanley-Giersch, took part as a panelist focusing on the management of high-risk customers. She discussed adequate approaches to customer risk rating and what levels of investigations are necessary to also address reputational risk. With high-risk clients it is not sufficient to simply identify the UBO. “It is important to have an in-depth understanding of who the customer is, the countries of operations, wider business interest and political associations,” Jennifer said.

END_OF_DOCUMENT_TOKEN_TO_BE_REPLACED 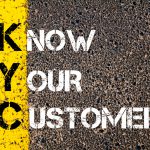 END_OF_DOCUMENT_TOKEN_TO_BE_REPLACED

Large-scale money laundering investigations have been the drivers to improving the safeguards for the overall stability of the EU’s financial sector. Beyond the implementation of the Fifth AML Directive (5AMLD), additional significant developments include the proposed EU regulation strengthening the role of the European Banking Authority (EBA) in supervising the financial institutions, the European Council’s action plan for non-legislative AML measures, and the passing of the EU Directive on combating money laundering by criminal law.

END_OF_DOCUMENT_TOKEN_TO_BE_REPLACED 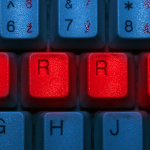 Internet and social media services have been used by terrorist and extremist groups globally to disseminate hate and funds, says the Counter Extremism Project and advocates effective national and European regulation to counter the threats – including new challenges posed by crypto-currencies for terrorist purposes.

END_OF_DOCUMENT_TOKEN_TO_BE_REPLACED 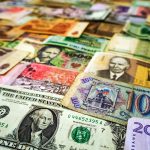 The list of High-Risk Third Countries with strategic AML deficiencies presented by the EU Commission in February 2019 was rejected by the EU Council shortly after. It appears that the country risk assessment has been affected by political considerations.

END_OF_DOCUMENT_TOKEN_TO_BE_REPLACED

The 5th EU Anti-Money Laundering Directive, in force as of 11 July 2018, includes amendments to the 4th AML Directive, among them improvements in the assessment of high-risk third countries. Moreover, the EU Commission has recently published a relevant methodology for identifying such countries with strategic deficiencies in combating money laundering and terrorist financing.