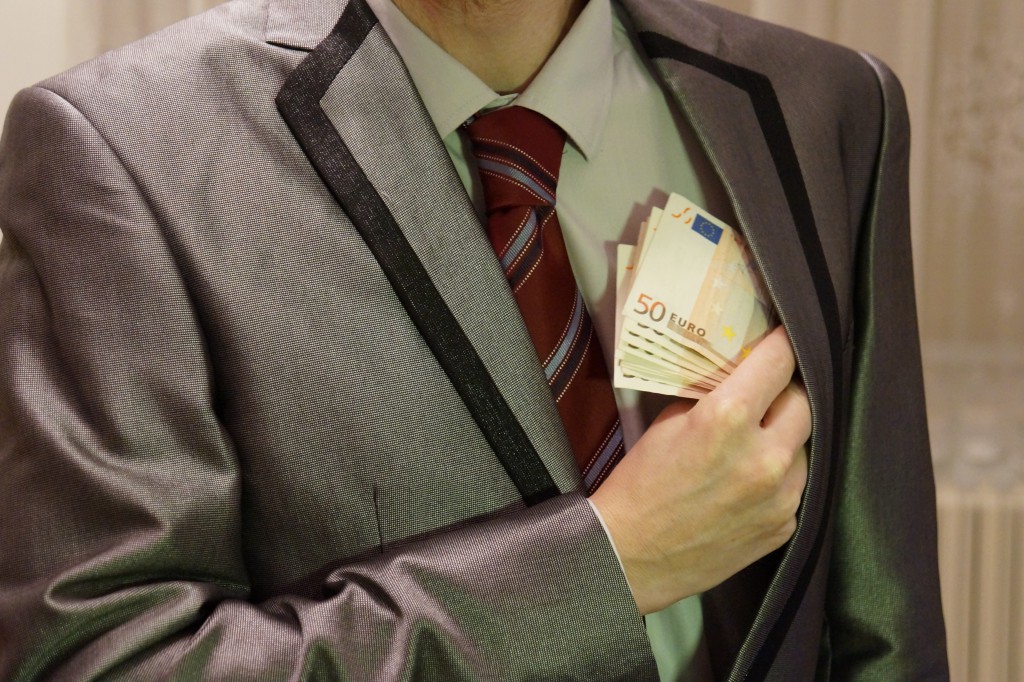 Photo by Kiwiev / CC BY

Recent advances in anti-corruption research seek to systematically explore in how far a country’s institutions provide effective safeguards against various practices of corruption, particularly with respect to the public sector. This article introduces the sophisticated “National Integrity System” (NIS) approach which was developed by Transparency International (TI). The information provided in individual country reports is comprehensive and also serves as a valuable source for advice. Any one private investor or state agency engaging in a foreign country can benefit from viewing the respective report in order to understand the political environment in which specific corruption risks are set.

In fitting with the daily news about the role which political corruption played in causing the fiscal and social crises within many European Union member states, TI published the  general evaluation report “Money, Politics, Power: Corruption Risks in Europe” this summer. The report assembles the findings of 25 National Integrity System assessments carried out in 2011. In accordance with the uniform methodology guiding each country investigation, the following pillars, essential to a national integrity system, are analyzed: legislative branch of government; executive branch of government; judiciary; public administration; law enforcement; electoral management body; ombudsman; audit institution; anti-corruption agencies; political parties; media; civil society; and business. Notably, the reports differentiate between an institution’s legal framework and the actual practice of implementing the provisions, revealing possible gaps between aspiration and reality.

Regional reports, such as the aforementioned overview of corruption risks in Europe, or the latest study focusing on the situation in the Czech Republic, Hungary, Poland and Slovakia (“Corruption Risk in the Visegrad Countries: Visegrad Integrity System Study”), also offer a comparative perspective  including the opportunity to learn from best practices in order to promote reforms. Comparing countries which share a regional context and some other commonalities, is also suited to highlight the risks attached to fundamental political integrity issues within the public sector.

What are some general conclusions that may be drawn from the recent NIS studies in Europe?

All countries concerned are democracies with free elections, and the institutions and regulations deemed necessary to counter corruption mostly do exist, because the respective provisions have been defined as conditions for becoming a EU member. That does not necessarily mean that all institutions work effectively and that the anti-corruption laws are implemented and enforced. The picture is usually neither black nor white, instead individual patterns of institutional competition within the countries emerge. ‘Watchdogs’, such as the Supreme Audit and Ombudsman Institutions, are usually regarded as rather effective, ensuring to a certain extent that cases of alleged corruption are investigated and that offenders cannot reckon with impunity. Interestingly, special anti-corruption agencies have to be viewed more skeptically since their watchdog role may be impaired by politicization. The existence of a capable and independent Judiciary is more critical for sanctioning violations of anti-corruption laws. Therefore, any student of a national integrity system should take a close look at the interplay and balance of power between the institutions determining the success of anti-corruption policies in a country.

The NIS approach differentiates between branches of the state and public institutions on the one hand and non-state institutions and private actors on the other hand, including political parties, the media, civil society and business. As it turns out, political parties are assessed as a particularly weak link in national integrity systems. One may even come to the conclusion that political parties represent an intermediary analytical level of their own, set in between the public sector and the private sector. A special focus on the role of political parties seems not only necessary due to the heavily politicized issue of party financing; in fact there is no EU member state where party finances have not been affected by corruption risks. Apart from that, it is the very nature of parties as the essential power base for any government which ties them closely to the public sector and exposes them to the practices of political corruption. This not only holds true for the national level, but may also be virulent on the local level. Political parties are like machines that drive a democracy in one or the other direction; they are fueled by money and influence, transformed into votes, mandates and posts, and, eventually used for the distribution of benefits of all kinds. Unsurprisingly, political parties if they lack a culture of transparency and decency can easily become the combustion chamber of corrupt practices in a country.

Related to that, parliaments, unfortunately, may not count among the strongest pillars in national integrity systems. In constitutional theory, the parliament is supposed to hold the government accountable and also control the performance of the public administration, but the political practice may be different. Elected members of parliament usually enjoy a nominally independent legal status which makes it challenging to implement codes of conduct or asset declaration requirements. At the same time, it is clear that members of parliament are really not that independent, since they need to be nominated by their respective parties in the first place and therefore have to serve and favor their constituencies. Moreover, even if the core motivation of parliamentarians are driven by their political convictions and a strive to change the country for the better, they are also facing many opportunities to improve their own income situation. As a consequence, members of parliament may easily be exposed to integrity risks that emanate from conflicts of interest.

Power of patronage in the public sector

Turning to the government and executive branch of state, the much reported occasional detection of individual high-level corruption, cannot hide more systemic integrity deficiencies in the public sector. In a country with a competent and independent public administration, civil servants will be trained, selected and promoted based on their qualifications and merits. They will receive a decent income and their position and responsibilities will be protected from external political intervention. In particular, a change of government should neither endanger their job nor manipulate the way in which anti-corruption regulations are being implemented. Such conditions are basic requirements for public sector integrity and good governance. But governments are interested in controlling all affairs of the state in order to survive in office, and one favorite power technique to ensure that is to appoint loyal followers as public officials. Politically motivated appointments at high administrative levels are common practice in all EU countries. However, a serious risk to a national integrity system arises with extensive patronage which tends to expose the public sector to other corrupt practices as well. Similar issues may also be relevant regarding the law enforcement agencies and the judiciary, since some governments will seek the power to influence who gets persecuted and punished. In sum, the recruitment and appointment practices for public officials may tell a lot about the vulnerabilities of a national integrity system.

The fifth and final observation cuts across the preceding four in that it underlines the importance of personal integrity of political actors. It is widely agreed in the fight against corruption that capable and independent institutions are basic organizational requirements; and laws and regulations must be implemented as standard operating procedures which cannot easily be subjected to political manipulation. Yet, these are necessary but not sufficient conditions, because corruption easily transcends the formal and material domain of institutions and laws and is usually arranged in the informal and virtual realm of secret networks and personal connections. This mostly invisible but nonetheless vibrant reality poses a conceptual and analytical challenge and effectively calls for a behavioral approach to assessing corruption risks. This means  investigating and linking typical situations and opportunities for corruption, possible corrupt practices and potential motivations of individuals to collude in these practices.  Public procurement, for example, is one of those areas where a behavioral approach to identifying corruption risks is key. TI’s National Integrity System assessments suggest to systematically expand the behavioral approach towards the identification of corruption risks to all policy areas.