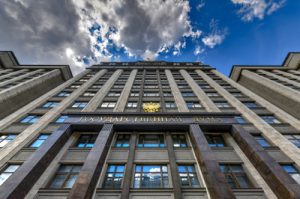 United Russia’s victory in the Russian parliamentary election in September 2021 is unlikely to mark a departure from the strained relationship of EU and US with Russia and to improve the prospects for doing international business in the country. Only the more robust investors are willing to accept the risks linked to operating in the country. With the ever-present risks of sanctions, PEP and sanctions due diligence for companies and institutions should not be a matter of discretion, but an integral part of any risk mitigation strategy.

Despite the weakening support for Russia’s ruling party, president Vladimir Putin’s United Russia managed to secure a supermajority in the September 2021 legislative elections. In a vote described by both domestic observers and the international community as anything but free, the Putin regime succeeded in securing its control of power. Thanks to Russia’s mixed electoral system in which people vote both for the parties and individuals, with just under 50 percent of the votes, the United Russia has secured 324 MPs out of 450 in the lower house of the Russian Federal Assembly.

The recent elections were a reminder of Russia’s disregard for democratic norms – reports alleging electoral fraud started emerging even as the votes were still coming in. Even the Communist Party – seen as Kremlin-friendly and a beneficiary of some of the United Party’s lost support – described the election as fraudulent, arguing that the new digital voting system had been misused by the authorities to deprive government opponents of legitimate votes in Moscow and other places. Several independent Russian big data analysts estimated the actual support for United Russia around 30 percent, suggesting that some 14 million votes for the ruling party were achieved through ballot stuffing or other forms of electoral fraud.

Both the European Union and the United States expressed their disapproval of Russian authorities’ electoral conduct. The European Commission condemned the crackdown on opposition politicians, civil society organizations and independent media, which, according to the communique, “resulted in the limitation of the choice for Russian voters and their ability to get full and accurate information about candidates”. In a more resolute language, the Commission’s press release stated that the EU does not recognize “the so-called elections” held in the occupied Crimea. Individual European countries voiced criticism of the Russian elections too. The spokesman of the German government said there were serious reports suggesting that massive irregularities had occurred, while the Polish Foreign Ministry expressed its doubts regarding the MPs’ legitimacy.

Similar pronouncements came also from the other side of the Atlantic. The US Department of State issued a statement underlining its position that the Russian Duma elections took place under conditions “not conducive to free and fair proceedings”. It also mirrored the EU’s position on elections held in Crimea, stressing that any electoral processes taking place on sovereign Ukrainian territory will not be recognized as legitimate.

The EU and US have been sending mixed signals regarding whether they could be going further than just criticizing the recent elections. Mounting pressure on western capitals to balance the ever-growing influence of China in global politics, suggests that it might not be in Europe’s or United States’ interest to stir up hostility vis-à-vis Russia.

The EU’s fragmentation of individual member states’ foreign policies towards Russia means that the bloc may not be capable of mustering support for a stronger response. The “activist” countries, such as the Baltic states and Poland, are unequivocal in promoting a tougher stance towards Russia in Brussels. But the EU member states with extensive economic interests in Russia – Italy, France and Germany – are much more restrained when it comes to countering any perceived Russian aggression or violation of human rights. Following the elections, the lead spokesman for Foreign Affairs of the European Commission, Peter Stano, said that the EU “can’t make a decision about recognizing the overall results of the elections as this falls within the purview of member states”.

Notably, in advance to the elections in Russia, the European Parliament had agreed on a new EU strategy to promote democracy in Russia that is based on a report drafted by the Lithuanian politician and member of the European Parliament Andrius Kabilius. In the report, the Lithuanian politician calls for, among other things, Russia’s exclusion from the SWIFT payment system, joint actions with the United States on sanctions and anti-money laundering rules as well as the imposition of new sanctions against the Russian authorities “for their systemic repression of democratic forces in Russia”. Whether these threats will ever materialize is an open question, especially in light of western Europe facing a looming gas crisis in the coming winter, with Gazprom’s hand firmly on the gas tap.

On 23 September 2021, the US House Rules Committee approved the National Defense Authorization Act for the fiscal year 2022, with several amendments. Among others, they mandated new sanctions on foreign entities and individuals responsible for the planning, construction, and operation of Nord Stream 2, the use of titanium imported from Ukraine instead of resources from China and Russia, on which the United States currently depends, and the imposition of new sanctions on Russia and Russian oligarchs, high-ranking officials, and media people. The House of Representatives also included amendments that provide for limitations on dealings in Russian sovereign debt in primary and secondary markets.

The House bill stills needs to be reconciled with the Senate’s draft before being submitted to the president for his signature, and President Biden has previously refused to impose sanctions on Nord Stream’s operator, in order to not irritate the European allies, mainly Germany. But the Congress has disagreed with his position and has been working to make the White House ift any restrictions on U.S. sanctions at the legislative level. Notably, the amendment to the NDAA removes the national interest waiver under existing law that the Biden Administration invoked earlier this year to avoid sanctions against Nord Stream. Instead, it mandates traditional OFAC “blocking sanctions” on any entity responsible for the planning, construction, or operation of the Nord Stream 2 pipeline, as well as visa bans on any corporate officer of or principal shareholder with a controlling interest in any such entity.

The US’ and EU’s frustration over Putin’s dismantling of what’s left of democracy in Russia should not be underestimated. In the aftermath of the September parliamentary election through which the president secured his grip to power, the key question remains whether Putin is prepared to continue accepting the heavy opportunity costs facing existing and imminent sanctions. United Russia’s victory also means indefinite perpetuation of Putin’s cronies’ hold over those sectors of the economy that could potentially attract new investment into Russia, from natural resources and agriculture to financial services, construction, or telecommunications. In view of an ever-present risk of sanctions, only the investors with high-risk appetite are willing to risk investing in the country. In this climate, to avoid falling foul of the US and EU sanctions regimes, PEP and sanctions due diligence for companies and institutions linked to Russia are a vital part of any risk mitigation strategy.