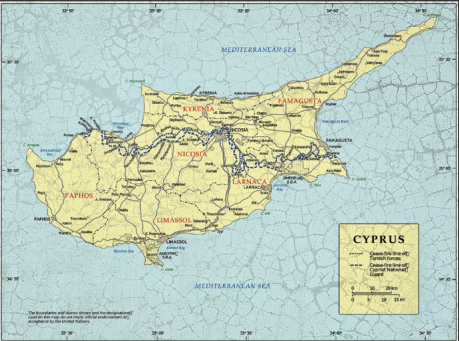 In recent years, and in particular following the financial crash and subsequent bailout, Cyprus has often been criticized for its alleged involvement in financial crime activities resulting from its offshore sector. Since the 1990s, Cyprus has regularly been mentioned in relation to financial crime activity investigations, specifically regarding funds coming from Eastern European countries. Recently, Cyprus featured in the Securities and Exchange Commission (SEC) investigation into HSBC’s money laundering activities whereby the country appeared as a conduit and was used to set up shell companies through which to channel illegal funds.

Cyprus’ recent financial history is a textbook case of the devastating impact money laundering and misallocation of resources can have on a country’s monetary and economic stability, not to mention the social and security risks resulting therefrom. Moving on from the crisis with the aim of increasing the stability and resilience of the financial sector, Cyprus has implemented various measures including a risk assessment framework on the supervisory level in order to monitor and manage risk, including financial crime risk. For AML professionals dealing with clients in and from Cyprus, EDD is recommended. The political and geopolitical relevance of Cyprus, not least due to the discovery of natural resources combined with the island’s long-standing relationship with Russian investors, in particular given the ongoing dispute between Europe, U.S. and Russia and the sanctions attached, are all risk issues which need to be evaluated in the context of any one relationship or transaction in order to assess the customer, country, sector and product risk in a rounded risk assessment appropriately. Furthermore, given the role ASPs play in introducing clients to financial institutions, it is important to understand their CDD procedures as well as their own standing, integrity and reputation.